Best Way To Spend Your Time In

The City Where Old Meets New

Tokyo - the capital city of Japan, the obvious and must visit the city for all the tourists that visit Japan. Although it is a total metropolitan city, it is the mixture of the modern city along with its ancient roots still being taken care of.

I flew on Cathay Pacific airlines via Hong Kong and landed at Tokyo Narita Airport. After landing, you are supposed to clear immigration for which you need to fill up the immigration form. After this, you will arrive in the luggage belt area. Once you collect your luggage, before leaving you also need to handover the customs declaration form which you can get after immigration. The City of TOKYO. Best Way To Spend Your Time in TOKYO. Image Source :- Strikingly

To my surprise, when I came out of the flight at Narita airport, a Cathay staff was waiting outside the flight with my name's board and he informed me that one of my bags has not reached Narita and will be coming by next available flight. That took another 10 minutes of mine to complete the procedure. To those who are totally unaware of such situations, there is nothing to be panicked about it, airline delivers your bag to your hotel as in when it arrives and this generally happens within 24 hours.

Tokyo city center is almost an hour drive from the airport and my hotel was another 45-minute drive from my restaurant. The day was over already and I was all set for my second for the day full of sightseeing.

You can either prefer to hire a private vehicle to take you around places which can be super costly in the city like Tokyo. But the city offers a very good connectivity of metro trains and can take you to major sightseeing places.

Best Places to Visit in Tokyo 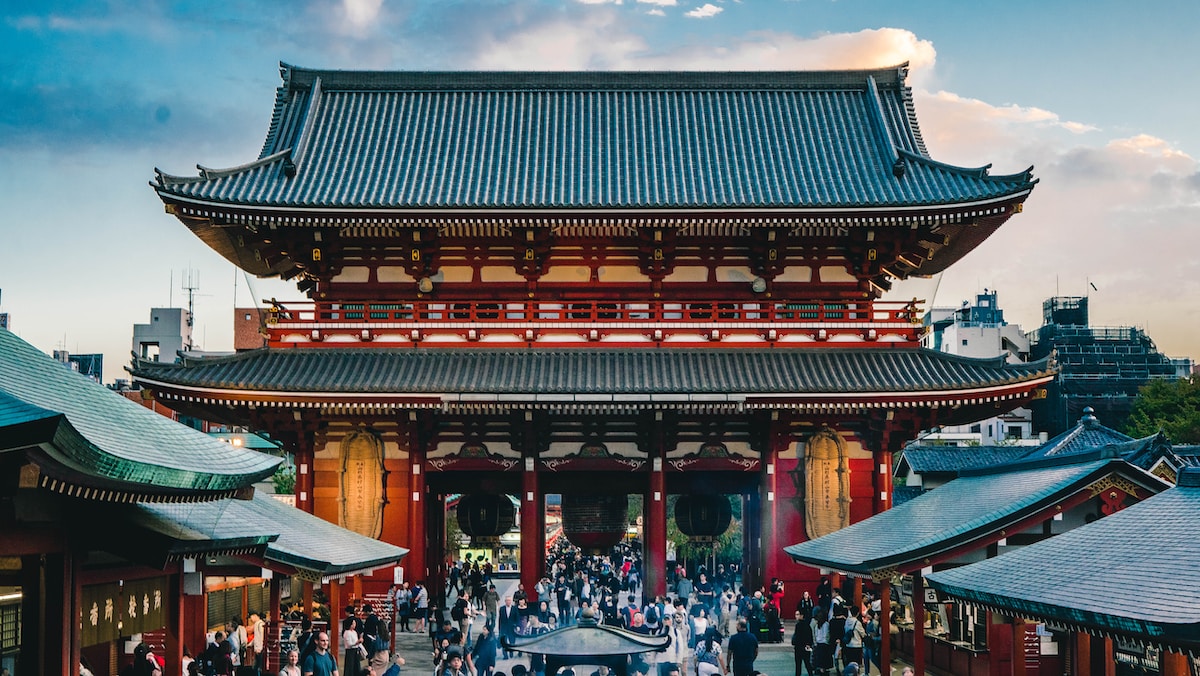 - Also known as the Sensoji temple which is probably the most famous temple of Tokyo located in one of the busiest areas of Asakusa.

- It is Buddhist temple and the temple itself along with the whole area is always very much colorful and vibrant and full of energy.

- The story of the temples goes like this- There were two brothers who found the statue of the Kanon in the Sumida river, they returned the statue to the river but it would keep coming back to them.

- And then the temple was built near the statue of the Goddess of the Kanon.

- The construction of the temple was finished in 645 making it the oldest temple in Tokyo. Outside the temple, it also has a pagoda of 5 stores and a pot where almost every person who visit lights an incense stick. It is also said that if you keep this smoke in your bags and pockets it bring you good luck.

- At the time of entering the temple, tourists enter it from the thunder gate which is also said to be the entrance gate to the capital city of Tokyo.

- The temple area further stretches to the Nakamise street which is always buzzing with all kinds of souvenir you will ever want to buy from Japan whether it be the lucky cat, kimonos and the famous Japanese street food. The sweet called as Agemanju is one of my favorites though. 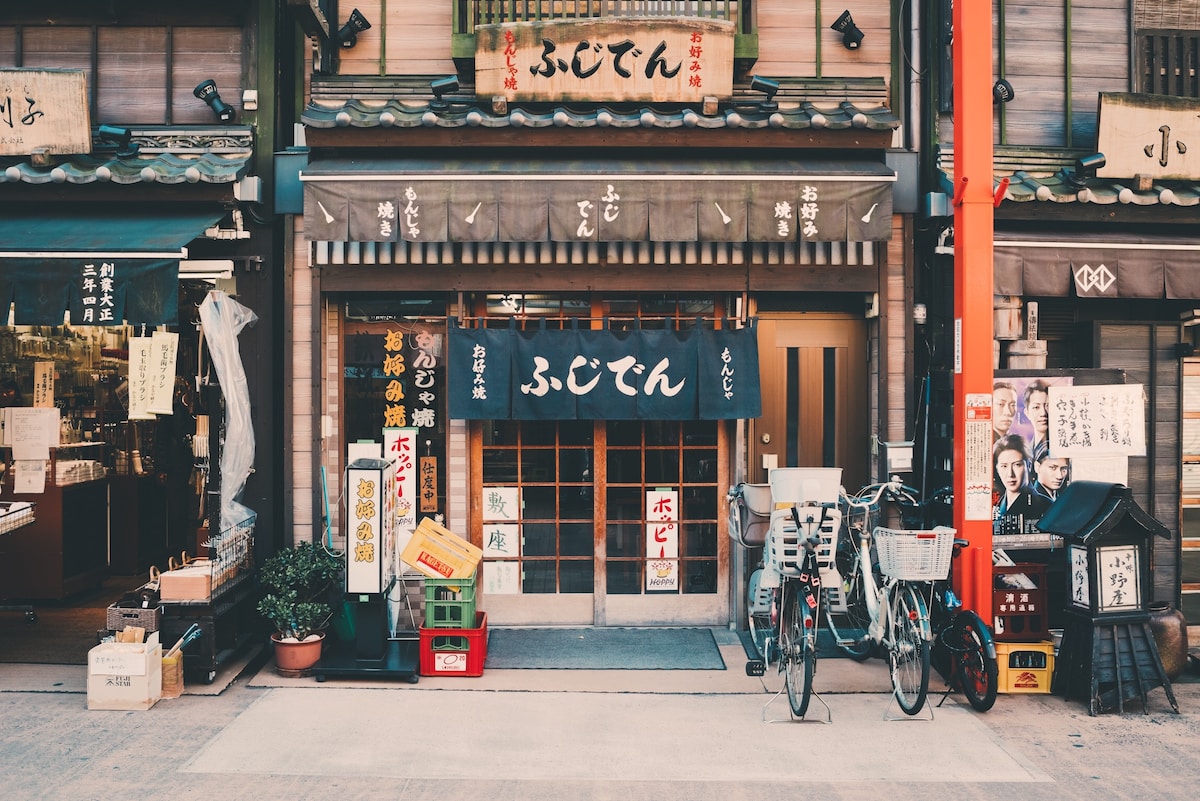 - The meaning of Edo is nothing but the old name of the city of Tokyo.

- The museum showcases some outstanding explanation as well as artifacts which depicts the history and transformation of Tokyo since Edo times.

- The best part of the museum I always liked was the way they have built the whole museum with the models of the city structures along with the Hanabashi bridge.

- The models have their own explanation which gives you an idea of the history of the capital city. If you wish then the volunteer English guide service is also available from 10:00 AM until 03:00 PM.

- The details made in these models are something not to be missed giving you plenty of opportunities for a lot of photography.

- One of the newly added attractions in Tokyo city which gives you an opportunity to look over the city from the height of 450 meters.

- It is a television broadcasting tower and a new landmark of the city with the total height of 634 meters situated very close to the Asakusa Kanon Temple.

- Restaurants, aquarium, and a shopping arcade are situated at the base of the tower, but the interesting parts are of course the observation decks situated at a different height of 350 meters and 450 meters.

- The topmost observation deck is the Tembo Gallery where tourists can actually walk along the spiral glass-enclosed skywalk giving a dizzy feeling as you a take a look at the city since the height goes on increasing along the spiral walk.

- The lower observation deck is the Tembo Deck which is 3 storied and gives different experience at every level.

- The top-level features tall broad windows which gives a panoramic view of the town in 360 degrees. The middle level offers a restaurant and a souvenir shop while the lowest level offers the glass panel on the ground where you can stand and look straight down at the streets of the city.

- While roaming around in Tokyo city, you are sure to pass the structure which looks exactly like Eiffel tower and in fact measures 13 meters more than that which is the Tokyo Tower.

- Until Tokyo Sky Tree was completed in 2012, Tokyo Tower was the highest structure in the city measuring 333 meters and was also very famous in tourists for the observatory deck.

- The tower is a telecommunication tower and it serves as a broadcast antenna. The tower's observatory deck is at 150 meters which can be reached by an elevator as well as 600 steps.

- The second observatory deck is on 250 meters high which are recently renovated and newly reopened to tourists in March.

- It is also said that when the visibility is very good, tourists can spot the Mount Fuji in the distance from the tower.

- At the base of the tower, you find plenty of souvenir shops, cafes and also an indoor theme park based on the theme of Manga which was opened in 2015.

- This is one area where you might want to spend almost a day or two hopping from one place to the other depending on your choice of places you would like to visit.

- Odaiba is a man-made island in Tokyo bay famous for various museums, shopping areas, and entertainment zones and some extravagant building structures which includes the Fuji TV Building and the famous Rainbow Bridge which you need to pass through while entering from other parts of the city to Odaiba.

- Another area named as Telecom Center Area houses various museums like Museum of Maritime Science, National Museum of Emerging Science and Innovation, Oedo Onsen Monogatari which is a Hot Spring Theme Park which houses various indoor and outdoor public baths along with games and entertainment. (Many people have mixed reviews about this one, so you better check before going there)

- The Palette Town area which includes the Venus Fort a huge shopping mall, Toyota Mega Web which is a museum of Toyota Cars where you can see the exhibits of Toyota Cars since the beginning. If you wish you can also enjoy a Ferris wheel in this area.

- Whatever season you are in Tokyo, there is always one or the other garden which will have something special.

- Shinjuku Gyoen Park, Chidorgafuchi Park, Ueno Park are some of the best parks to visit while in Tokyo during Cherry Blossom period.

- If you are willing to enjoy some out of the world and traditional tea ceremony of Japanese culture, Happoen Garden, and Tokyo National Museum Garden is the place for you to go.

- Kiyosumi Teien, Imperial Palace East Garden, Hamarikyu Onshi Teien are some of the other gardens in the city to spend time if you have time and are willing to stay with nature.

SAVE IT FOR LATER

We just sent you an email. Please click the link in the email to confirm your subscription!